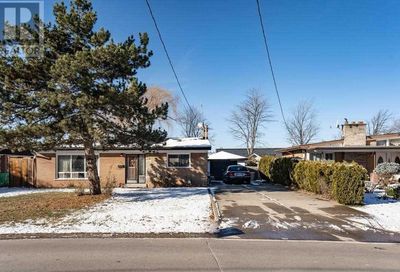 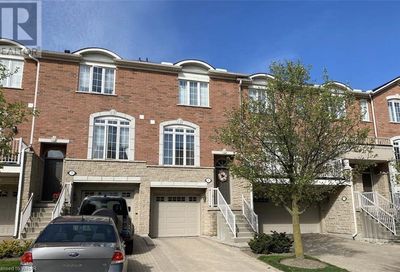 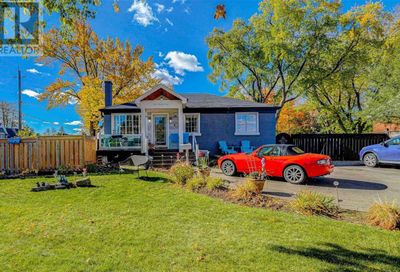 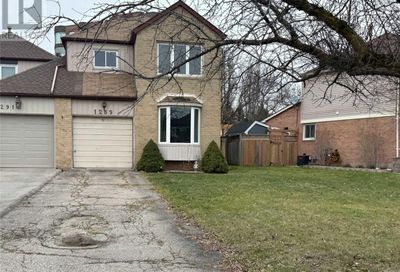 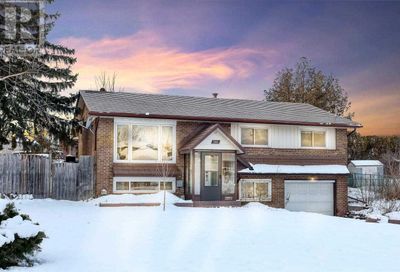 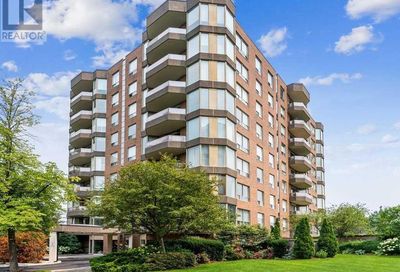 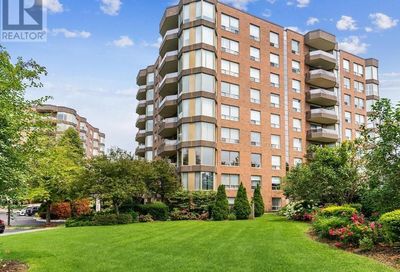 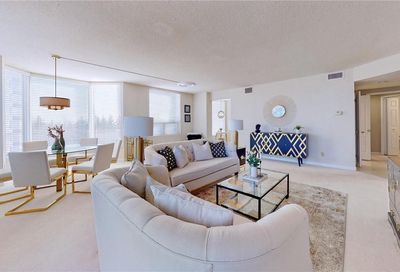 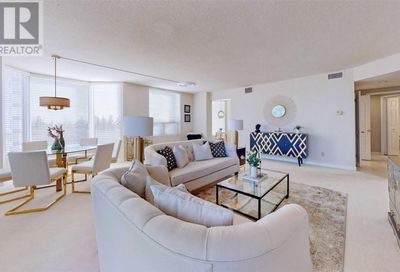 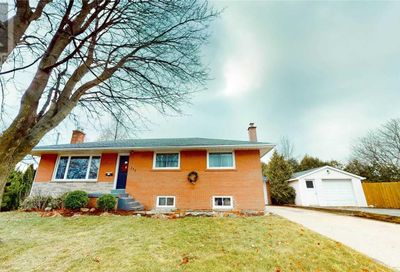 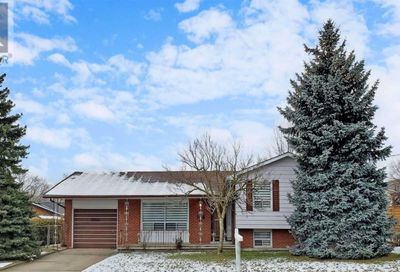 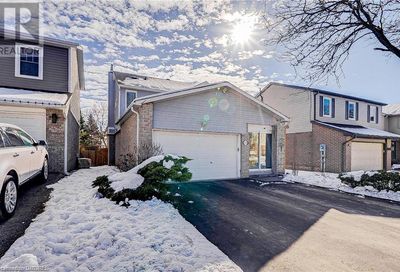 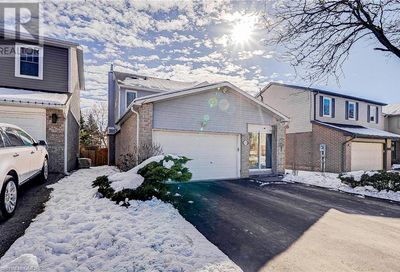 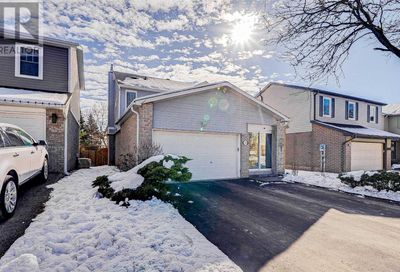 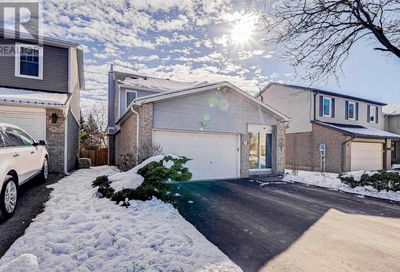 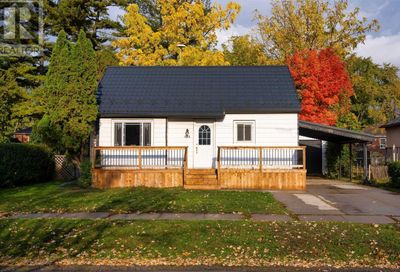 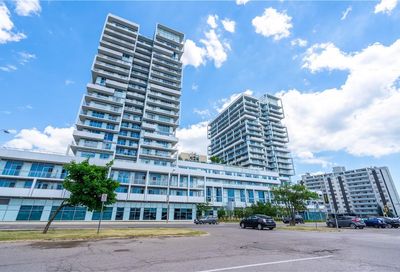 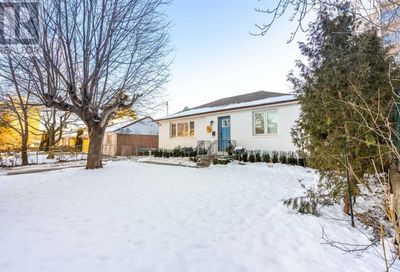 Purchase A Luxury Home In Oakville For Under $1.5 Million

One of Ontario’s plush cities, Oakville is located off the coast of Lake Ontario in the west of Toronto. It is a diverse, multi-cultural city with several housing options to choose from including condos, townhouses, semi-detached, and detached houses. It was voted as one of the best places to live in Canada in 2018. It is also the fifth best city to raise a family and third best to retire in Canada.

With a population of 211,382 (2017), residents enjoy personal space, green spaces, and less traffic on the roads. Real estate in Oakville is slightly more expensive than its neighbouring cities including Mississauga, Brampton, and Milton. However, in terms of public facilities including public primary and secondary schools, neighbourhood safety, access to public transit, and a happening night life, Oakville fares better. The Halton District School Board has 27 public elementary schools in Oakville (including five French Immersion-only schools).

Since it is closer to the lake, winter is more tolerable than it’s in the north and you get plenty of beautiful summer and fall days. The job market is diverse with the management and finance & business industries being the dominant ones followed by sciences, healthcare, education, government & law, and sales and services.

Oakville has always been an affluent city with median income over $160,000. For under $1.5 million, you’ll find some of the nicest detached houses or plush condos with high-end finishes, stainless steel appliances, and in neighbourhoods with the best amenities.

Other train options –  VIA Rail 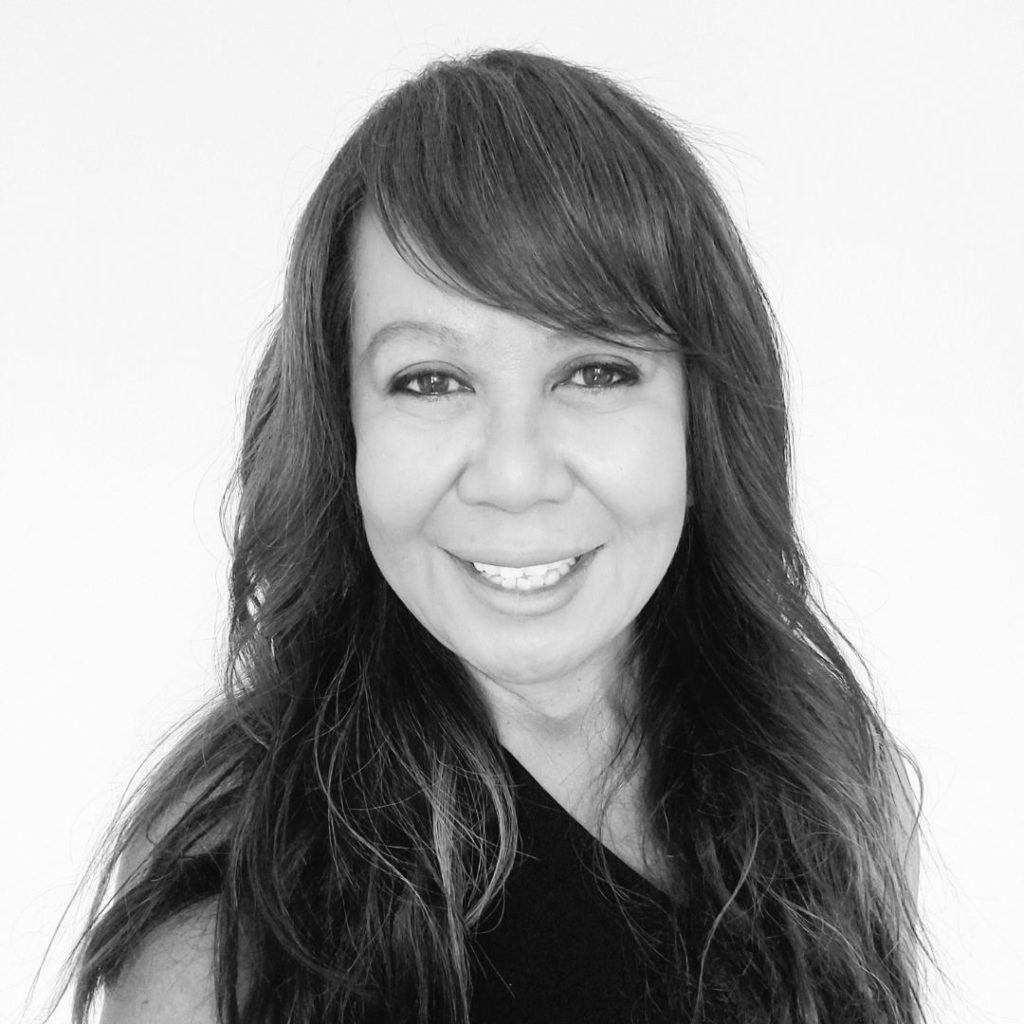 WE TAKE REAL ESTATE SERIOUSLY WITH A SMILE!

As a legal professional and licensed real estate agent, I guide my clients to make the best buy or sell decisions that fulfil their needs.

I’ll always negotiate in your best interests and get you top dollar for your property in Ontario.

It’s important for me that my clients feel safe and free to discuss their questions or queries regarding their real estate transaction. I am always here to provide you with any information you’d like.

I understand you’re busy, so when you hire me as your realtor let me take care of the paperwork. I’ll also ensure that the purchase agreement is error-free.

What My Clients Say...

We would never have thought of buying a house in the middle of the pandemic. Since this was our first time buying a house in Canada, we weren’t much aware of the rules and regulations. Catherine Nacar was very accommodating and made us feel comfortable. She answered every call and question with professionalism and honesty. I respect her work ethic so much because she never pushed us into buying a house. When we found our dream house, she fought on our behalf to get all our demands fulfilled. I can’t recommend Catherine Nacar enough for all your real estate needs. Thank you again for helping us out, Catherine!

Sherley Furtado
As a first-time home buyer I thought buying a condo is going to be complicated and a very lengthy process. But that wasn’t the case once we found Catherine Nacar. From start to finish, working with Catherine was an absolute dream. She took time to build a relationship with my fiance and made us feel comfortable. She’s very informative, well-researched and updated with the latest market trends. She knows in and out of the real estate industry. Catherine definitely is the best realtor in Brampton you can find out there! If you’re a first-time home buyer, I would recommend you to choose Catherine Nacar as your realtor. She provided us excellent service and I am so happy with our decision. Catherine turned the lengthy and boring real estate buying process into a seamless experience for us.

Tejaswini Parker
After years of renting, I realized that I was paying a mortgage anyway so it might as well be my own. Mine wasn't a straightforward first-time home buy, though. I had very stringent requirements in order to accomodate my elderly, mobility-impaired father. Given the awful stories I'd been reading in the papers, I expected to be in for a long, hard grind, particularly since it was crucial to my business and my father's medical care that I stay in Brampton relatively close to the hospital. It doesn't help that I was scared out of my mind! From the beginning, I immediately had faith in Catherine: her professionalism and optimism made the process incredibly fast and easy! She listened carefully to my requirements, then explained how the real estate process works. I was made aware of things that I thought made it completely impossible but she kept my confidence buoyed Instead of months of parading in and out of properties, I only ended up viewing three. I put a bid on the first property, but the owner was not bidding in good faith. The counter-offer was way out of scale. I was still going to go for it but Catherine pointed out that the agent was playing on my fears and insecurities and that it wasn't the last house on the market. She also pointed out what I hadn't thought of: accepting the seller's price would have wiped out any budget for the extensive work needed to make the place suitable for my father to move around confidently and safely. The second house was exciting and I was so hoping but, in the end, the seller went with the other offer. It was only ten thousand more than mine but, instead of egging me to find the extra money, Catherine said it was better to keep looking. The third house was bang on the money! Not only did it meet every single requirement, but it had even been recently renovated and looked fantastic! Catherine went in armed for battle and I got a great price! I knew i made the right choice of agent when even the opposing agent complimented Catherine's skill and expertise! These days, digital signing is all the rage, but Catherine went traditional to respect my father's distrust of electronic transactions. She printed everything out time after time and drove to my house so my father could read the details on actual paper. He was putting the money for the down payment and he signed with a proud flourish I hadn't seen in a long time. I'm a bit of a dunce when it comes to real estate but Catherine patiently explained things over and over so I could see how the situation changes. She provided evidence, statistics, and data so I knew she wasn't just pulling numbers out of a hat when she gave projected estimates. She was open about where I could find third party information and she was always upbeat, telling me "there's always a solution!" When I was in utter despair and ready to just give up. My family and I are so happy in our new home! There's space for everybody and Dad has his indépendance back. I can't think Catherine enough for this life-transforming experience!

Silja Hare
Catherine was extremely helpful and supportive with our decision to sell our home. Selling a home can be very emotional and intimidating but Catherine helped us focus our goals, measure our options and plan our future! We made all decisions with informed confidence!

Sandy Gauthier
Bought 3 properties with Catherine. Had a great experience every time!

Adelaines Camera Roll
Catherine is an amazing realtor, she is very easy going, will work hard to get what you want and is very fast to respond. Catherine made my first time buying a home a breeze and she's always looking to get you the best ROI Possible. I highly recommend getting Catherine as your realtor!

Chris Vaughan
I was interested in purchasing a piece of vacant land for recreational use. After reaching out to Catherine, she researched the property, and even went so far as to contact the municipality to ask specific questions about the plot. She informed me that there were certain restrictions on this particular property due to its location and zoning, and that I would not be able to use it for my intended purposes. Thanks to Catherine for working so quickly, and for being so thorough, otherwise I may have purchased a property that would not have met my needs. She is professional, and easy to work with. It’s really hard to find this level of care as a client anywhere, anymore.Thanks again Catherine.

LUCKY CANUK
Based on a glowing recommendation from one of my colleagues, my fiancé and I decided to use Catherine as both our listing and selling agent, and we are SO glad that we did. Here’s why: Listing: Upon first impressions, we noticed right away that Catherine was dedicated to representing our best interests. She did everything possible to ensure that we felt supported (e.g., her response time is impeccable, she worked around our busy schedules, she guided us to stage our home for maximum value, etc.) Her strong work ethic, knowledge and expertise landed us $220,000 over-asking, with other houses on our street also being recently sold for asking. Yes, you read that correctly. We are over-the-moon happy! We knew she was good, but this still came as an extra surprise! Selling: I appreciated that Catherine applies no pressure to purchase. Throughout the entire process, I felt that Catherine cared about us as individuals, rather than making a ‘sale’. She helped us search for the perfect property for months! Once we found our dream home, she worked her magic while guiding us on how to make a strong offer. We cried tears of happiness when we found out that the buyers had chosen us, and I could tell that Catherine sincerely shared in our joy! Thank you Catherine for your commitment, dedication, and expertise as we made the biggest purchase of our lives! We are grateful to have met you. I highly recommend Catherine Nacar, she’s an agent that cares.

Melissa Murray
Catherine is highly knowledgeable when it comes to real estate and current market conditions. Catherine took care of both our buying and selling. With purchasing our new home, Catherine was able to negotiate and stay within our budget, providing a very detailed step to step approach during the course of the transaction. She never pressured us into a purchase and always had our best interest. Once we purchased, Catherine took care of listing our home and lead the process, providing her expertise from start to end. When listing, we left the province and left our home in Catherine hands. Catherine scheduled showings, booked photographers, kept the house clean and sanitized, continuously updated us and at the end presented us multiple offers and explained the pros and cons of each offer which resulted in us selling way over asking with no conditions and a perfect closing time. We highly recommend Catherine for all your real estate needs!

Kyle Nevrela
Catherine is very professional, more importantly very experienced and has great market sense to judge best value for real estate in GTA market. Will recommend to any friend with out a second thought.

bala shiva
Google rating score: 5 of 5, based on 24 reviews.

Search For A
New Property

What's My
Home Worth? 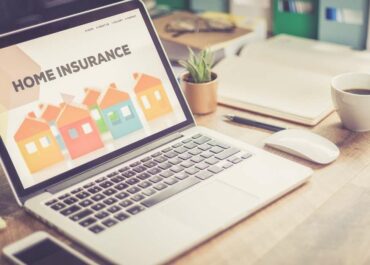 Is Home Insurance Mandatory In Brampton? 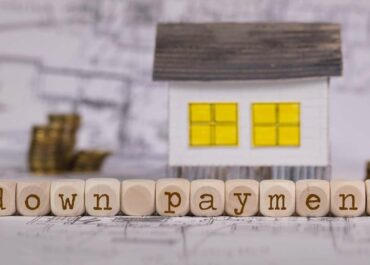 6 Budgeting Tips To Save For A Down Payment

Oct 14, 2022Comments: 0
Looks like you have finally decided to purchase your dream home! The decision of buying a home is a tough… 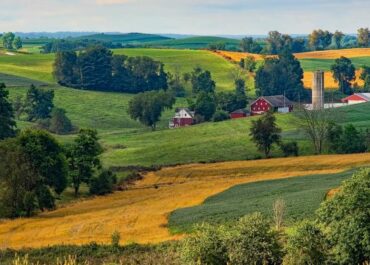 5 Reasons You Should Move to Caledon

Oct 7, 2022Comments: 0
Thinking of moving to Canada? That’s great! You might be looking for the best areas to live in. Have you… 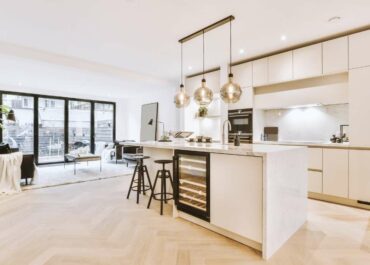 Should I Buy A Home With An Open Floor Plan In Brampton?

Oct 5, 2022Comments: 0
Open floor plans have become extremely popular over the last few years. It creates an illusion of a bigger space…